During the 2016 Presidential election, Donald Trump ran a campaign unlike any other. It wasn’t just his brash demeanor and outsider approach that set Donald Trump’s campaign apart, though – arguably the biggest factor that played in Trump’s favor during the 2016 election was his ability to capitalize on digital media.

Donald Trump is the first President to fully embrace social media in their campaign strategy. Using mainly Facebook, Twitter, and YouTube then candidate Trump was able to speak directly to the people and broadcast his views, message, and personality to the entire nation in a way that cost a minimal amount compared to traditional political advertising.

This new approach to campaigning in the digital era left Hillary Clinton in the dust. She relied almost solely on the mainstream media to carry her message and as we all know now she fell short. At the same time that Trump was racking up airtime on mainstream media outlets by giving them one headline after another, he was also able to broadcast his own, unedited messages directly to the voters. By dominating both traditional and social media, Trump was able to pull off an election victory that no mainstream media outlet predicted.

Since entering the White House, Trump has continued to take full advantage of social media in order to communicate directly with the American people. This is important because it comes at a time when the traditional media is still doing everything in its power to portray Trump in a negative light. His frequent use of Twitter has drawn the ire of Democratic opponents who have labeled him the “Twitter President”.

However, it seems that while Democrats berate the President out of one side of their mouth for using Twitter, with the other side they are copying his 2016 election strategy of using it.

While no Democrat is likely to give Trump credit for the brilliant campaign that he ran in 2016, they do recognize opportunity when they see it. As the 2020 Democratic field begins to take shape, many Democratic candidates hoping to challenge Trump for the Presidency are placing special emphasis on Facebook, Twitter, and YouTube.

Digital media strategists are being appointed to high positions in the campaigns of Democratic candidates, while the candidates themselves are making more and more efforts to communicate to their base via digital media.

In many cases, these efforts have fallen woefully short. Videos showing Elizabeth Warren drinking a beer and Kamala Harris dancing to a Cardi B song came across as forced and unnatural, and were widely mocked as pandering. This lack of sincerity is one of the biggest challenges that Democratic politicians face as they try to copy Trump’s social media strategy. While Trump has been active on social media for years and has mastered its many nuances, Democratic candidates who are just now jumping on the bandwagon are well behind.

Regardless of whether or not their efforts to relate to American voters via social media are seen as sincere or not, though, Democrats have no choice but to try and copy Trump’s winning formula. Social media has dramatically changed the news and election messaging, including the way that votes are won. Donald Trump caught this wave earlier than any other politician and rode it all the way to the White House. Now, every Presidential hopeful in the Democratic Party is looking to follow suit.

How long it will take them to successfully emulate Trump’s digital media strategy, though, is yet to be seen. With the 2020 election quickly approaching, no Democratic candidate is poised to even remotely challenge President Trump when it comes to leveraging social media and talking directly to voters. Those brave enough to try have, so far, yet to see any reward from their efforts.

For the foreseeable future, though, social media will likely remain the final frontier for political campaigning – one that is ripe with potential for those who are able to capitalize on it. Heading into 2020, Donald Trump is in an excellent position to once again use his digital media strategy to crush any opponents who stand in his way.

This time, though, the Democratic Party is at least aware of the playbook – and they are doing everything in their power to copy that playbook before Trump uses it to secure a second term. 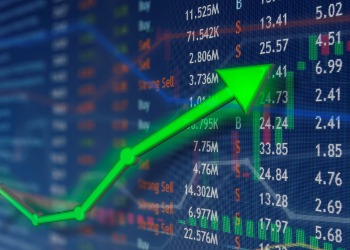 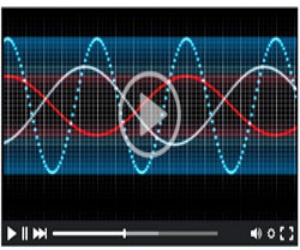 Most Popular
NEW: Top 10 Stocks to Buy For 2020
Retire Rich on One Stock! Learn more
Healing Frequency Discovered Between 85-255 Hz?
?