NASA has located and identified organic molecules on Mars. The space exploration and research organization announced that in addition to these organic traces, their Curiosity rover also isolated traces in the atmosphere and rock samples which indicate a strong possibility that the planet may have supported life at one time.

As usual, NASA tells us that this is new information. However, NASA has had evidence of organic life on Mars since 1976- possibly longer. Forty-two years ago, the Viking mission discovered spectral evidence of these organic trace molecules using mass spec equipment.

The head of the Viking mission, Gary Levin, had the job of running the operation’s life detection component. He said at the time that the probes found signs of life.

He also said the space organization covered it up.

In accordance with the evidence Levin uncovered, he said he believed that microorganisms must have made their ways onto the Martian surface via frozen space debris crashing onto the planet. He also said that meteor strikes might have struck the surface of the planet, causing microorganism laden soil to be dispersed more broadly.

Now, many people believe that NASA covered up Levin’s discovery for purely political reasons. As Mike Adams explains in a REAL.video upload, NASA preferred to leak the evidence of life on Mars out to the public slowly- rather than telling us all at once that other planets can support life.

In the 1970s, the idea of life on other planets was not widely accepted and was considered the purview only of science fiction.

Organic carbon is the most prevalent and common material inherent to living things as we understand them. Carbon is a common component of organic molecules, and living things produce carbon. What was found on Mars was big and complex carbon formations, not the simple kinds that might be produced in volcanoes. These complex carbons can only be generated by living plants and animals.

Back in 1976, Levin pointed out the fact that carbon is a necessary part of a living ecosystem. It is plant food. Of course, today we are beaten over the head with the notion that carbon is some kind of atmospheric poison. Never mind the fact that factory greenhouses install huge machines that pump carbon dioxide into the air. Why? Because it accelerates the growth rates of plants considerably.

So, the NASA revelation was covered up in 1976- possibly because they thought people could not stand knowing life might exist elsewhere. That’s awfully considerate of them, isn’t it? Now, they are telling us that the organic molecules, which have been found in abundance, are millions of years old.

That’s a nice story, but guess what… Complex carbon molecules do not last millions of years. They break down when they are released into the atmosphere heat, light, and other factors slowly break them down. That means these molecules cannot be millions of years old. They may be thousands of years old, at most. They could be even newer.

But if NASA was willing to hide the truth from the public in 1976, why wouldn’t they be willing to keep it from us now? What makes us so certain that they would tell us the truth today?

If they are protecting us from a truth they believe we cannot endure- what might it be? The idea of alien life on other planets is no longer looked on as the stuff of fantasy. In fact, just about every respectable scientist is all but certain that life does exist somewhere in the universe.

But what about Mars? If there is life on Mars, and NASA is hiding it from us- considering the fact that our expectations of life elsewhere are so much higher than they were in 1976- the cover-up must be quite interesting indeed. Think for a moment, ask yourself- how much of an alien presence on Mars would it take to destabilize societies just from learning about them?

It would have to be a very large presence.

Alright, but there could be other reasons. It could be that NASA is in bed with a corporation, or corporations, that want exclusive rights to extract natural resources from the red planet. The best way to do that would be to maintain secrecy. What if you were a mining company- capable of sending equipment to Mars? How long would you want to keep it to yourself? Would you ever be willing to share it if you didn’t have to?

This is all speculative. But the cover-up is not. 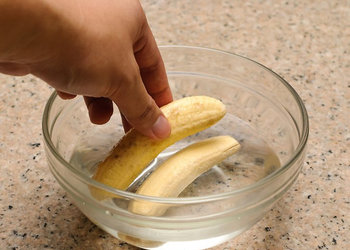 How To Entirely Empty Your Bowels Every Morning 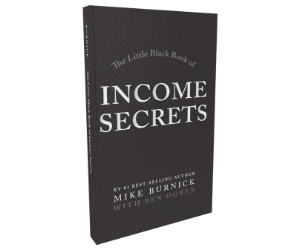 Most Popular
46 Ways to Collect Extra Income
Retire Rich on One Stock! Learn more
How To Entirely Empty Your Bowels Every Morning
?