As special counsel, Robert Mueller has spent multiple millions of taxpayers dollars yet curiously he has begun passing more and more of his work off to other government offices. From Justice Department headquarters to FBI agents to the offices of U.S. attorneys much of the heavy lifting when it comes to actually bringing charges is falling to agencies that were already in place to handle such matters.

Some claim it is because Mueller is protecting his work in case President Trump decides to fire him. However, several Washington insiders and former federal prosecutors say this is more likely a sign that Mueller is laying the groundwork to hand off his investigation and declare his work done.

Whatever the reason, the special counsel who was tasked to investigate “any links and/or coordination between the Russian government and individuals associated with the campaign of President Trump” has yet to produce a shred of evidence any member of Trump’s team or President Trump himself colluded with Russia in the year and a half since he was assigned to this investigation.

So why is Mueller quietly handing what would seem to be important parts of his investigation to other government departments?

Byron York of the Washington Examiner and contributor to Fox News asked several former federal prosecutors what message they see in Mueller’s moves. The takeaway York reports is “these aren’t encouraging developments for those longing for a big collusion/conspiracy/coordination indictment from Mueller.”

Mueller just wasted well over a year of valuable time President Trump could have used on matters that matter – like North Korea, China, Iran, and further strengthening the U.S. economy.

That meeting was supposedly to discuss “how deniable cash payments were to be made to hackers who had worked in Europe under Kremlin direction against the CLINTON campaign and various contingencies for covering up these operations and Moscow’s secret liaison with the TRUMP team more generally.”

A subsequent raid on Cohen’s home was conducted by the U.S. Attorney’s Office for the Southern District of New York, not directly by Mueller’s special counsel’s office.

Slate suggests that Mueller may have anticipated that this raid could have been the “last straw” for Trump and triggered his and Deputy Attorney General Rod Rosenstein’s firing. York and others counter that the more likely reason is that Mueller is trying to protect whatever political capital he has left.

Last month, it was the U.S. attorney in Washington, and not Mueller, who indicted Maria Butina on charges of being an unregistered Russian agent. Butina is a central figure in wildly speculative theories that a wealthy Russian banker illegally funneled money to the National Rifle Association to help Donald Trump win the presidency. If anyone fits into the collision scenario that Mueller was tasked to investigate, it was Butina, yet the special prosecutor handed that case off as well.

When Mueller charged 12 Russian intelligence officers with hacking the DNC and Clinton campaign offices at about the same time, he promptly turned their case over to the National Security Division of the Justice Department.

Russian intelligence agents being indicted cuts to the heart of Russian attempts to interfere with the U.S. presidential campaign – Mueller’s responsibility. But when Mueller indicted them, he immediately handed the case over to the Justice Department.

There are several factors that make Mueller’s handling of the 12 Russian agents suspect. Both liberal and conservative commentators have noted that there is no chance that Russian government intelligence officers located in Russia will ever be sent to the United States for trial. Former congressman Newt Gingrich observed, “we wouldn’t do that if it were us and Russia sure isn’t going to.”

Andrew McCarthy wrote: “There is absolutely no chance any of the Russian officials charged will ever see the inside of an American courtroom … The indictment is a strictly political document by which the special counsel seeks to justify the existence of his superfluous investigation.”

One former federal prosecutors interviewed by York said: “I think it proves that little if any of what Mueller’s team has generated so far is linked to the special counsel’s mandate.”

All of these cases beg the question – Was a special prosecutor ever needed? As to why Mueller is jobbing out his assigned duty is less important than how we got here in the first place. 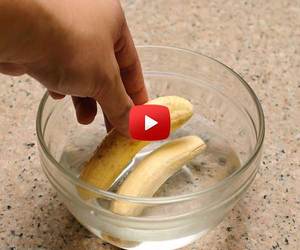 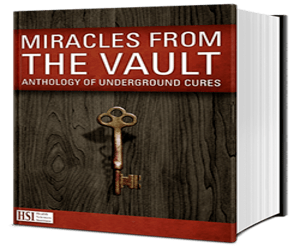 Most Popular
How To Entirely Empty Your Bowels Every Morning - Top Surgeon Explains How
Retire Rich on One Stock! Learn more
9 drugs linked to Alzheimer's disease?
?